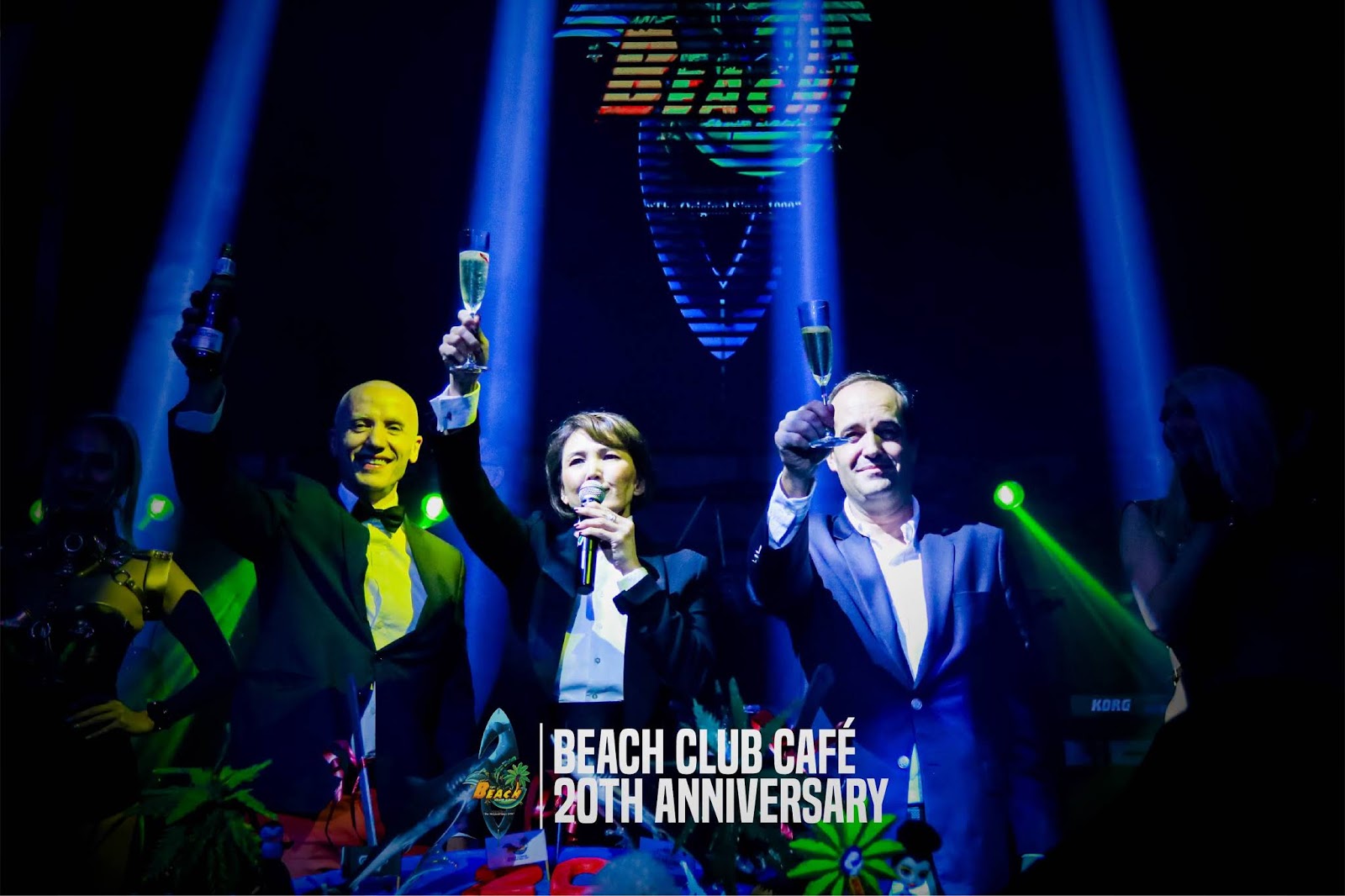 Beach Club Cafe Kuala Lumpur has finally turned 20 on the 6th of December 2019! It is the established longest running live entertainment open concept bar in the famed Golden Triangle hosted a bash in celebration of its 20th anniversary with close to a thousand guests were in attendance. 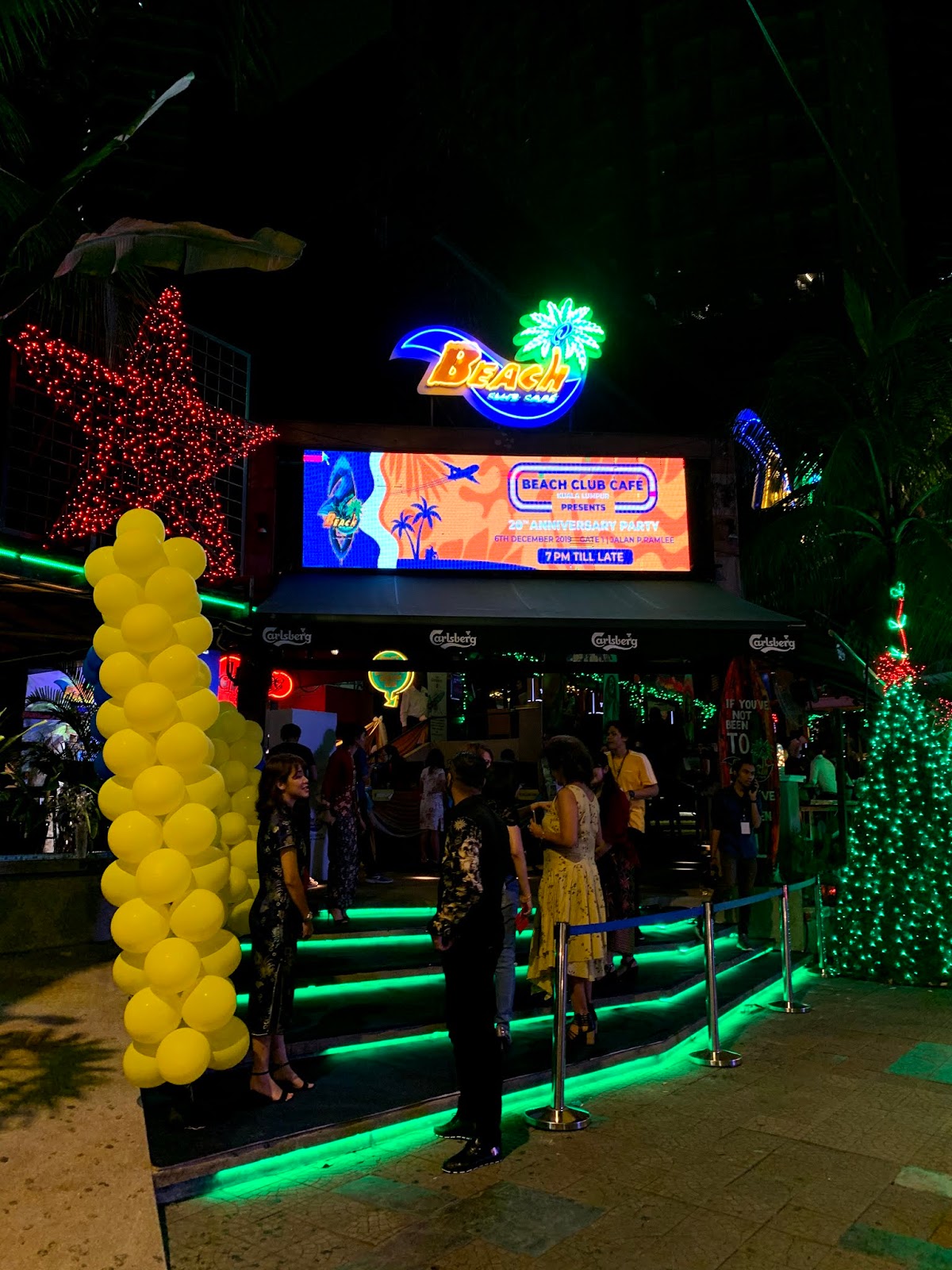 Beach Club Cafe Kuala Lumpur is always popular with tourists from all around the world and city dwellers alike. Beach Club Cafe KL also buzzes with fine entertainment, both live music and DJ spins ranging from the 80s to top 40s. 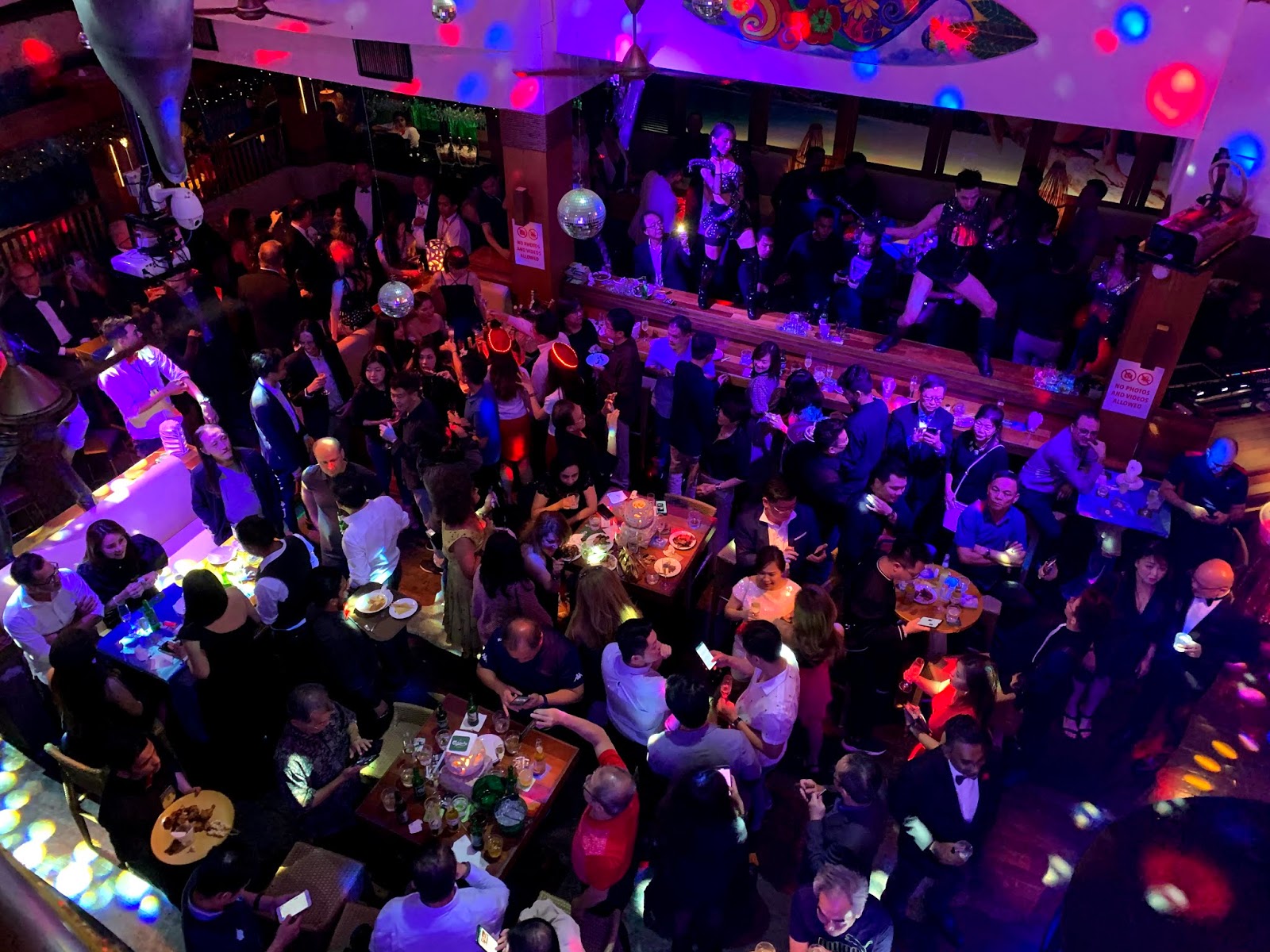 While the celebration aimed to capture the spirit of beach party in the city, the night was more a celebratory nod to the proprietors’ vision for it going forward. 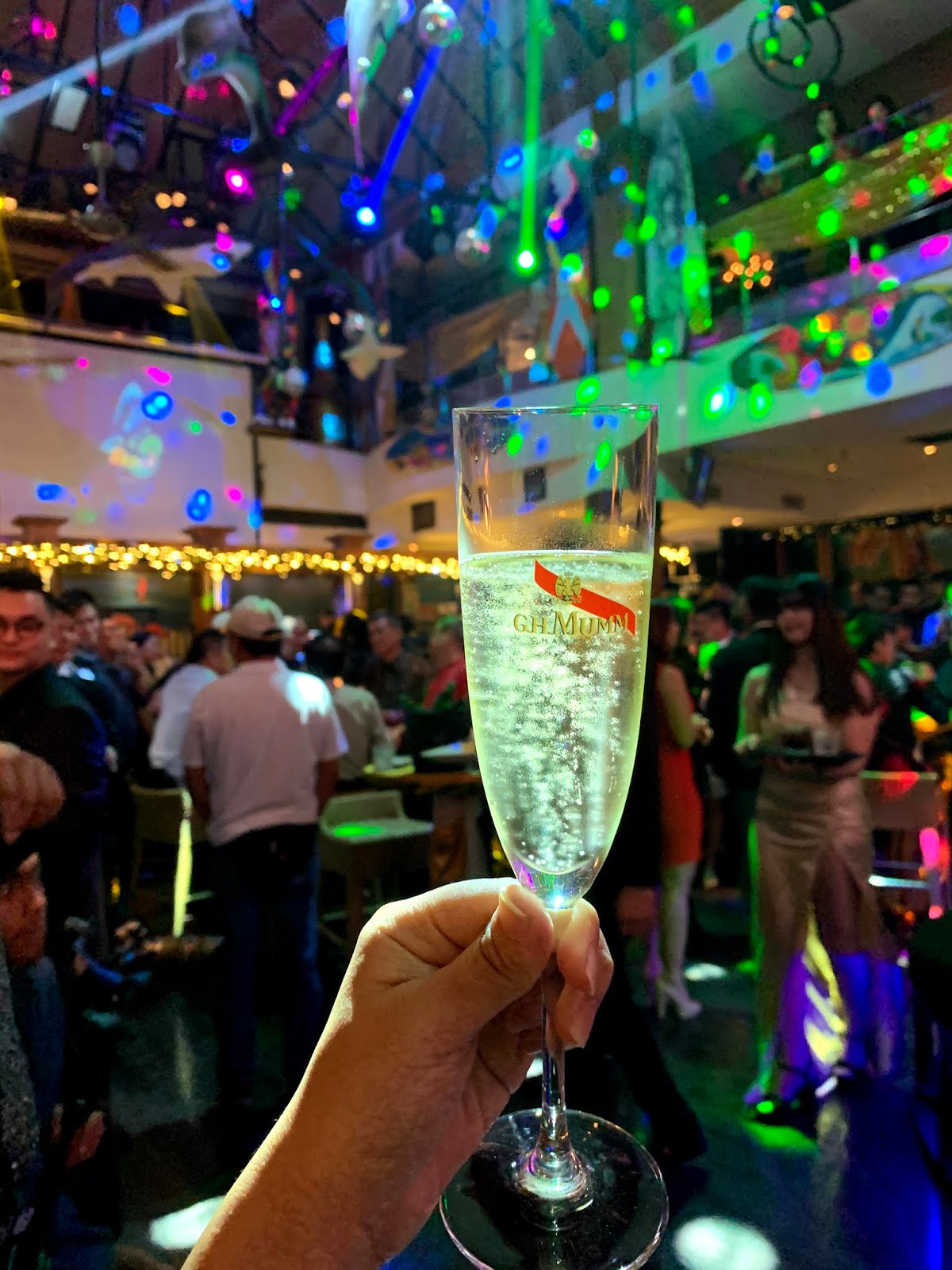 It was a great night with free flow booze, food, live entertainment and much more! 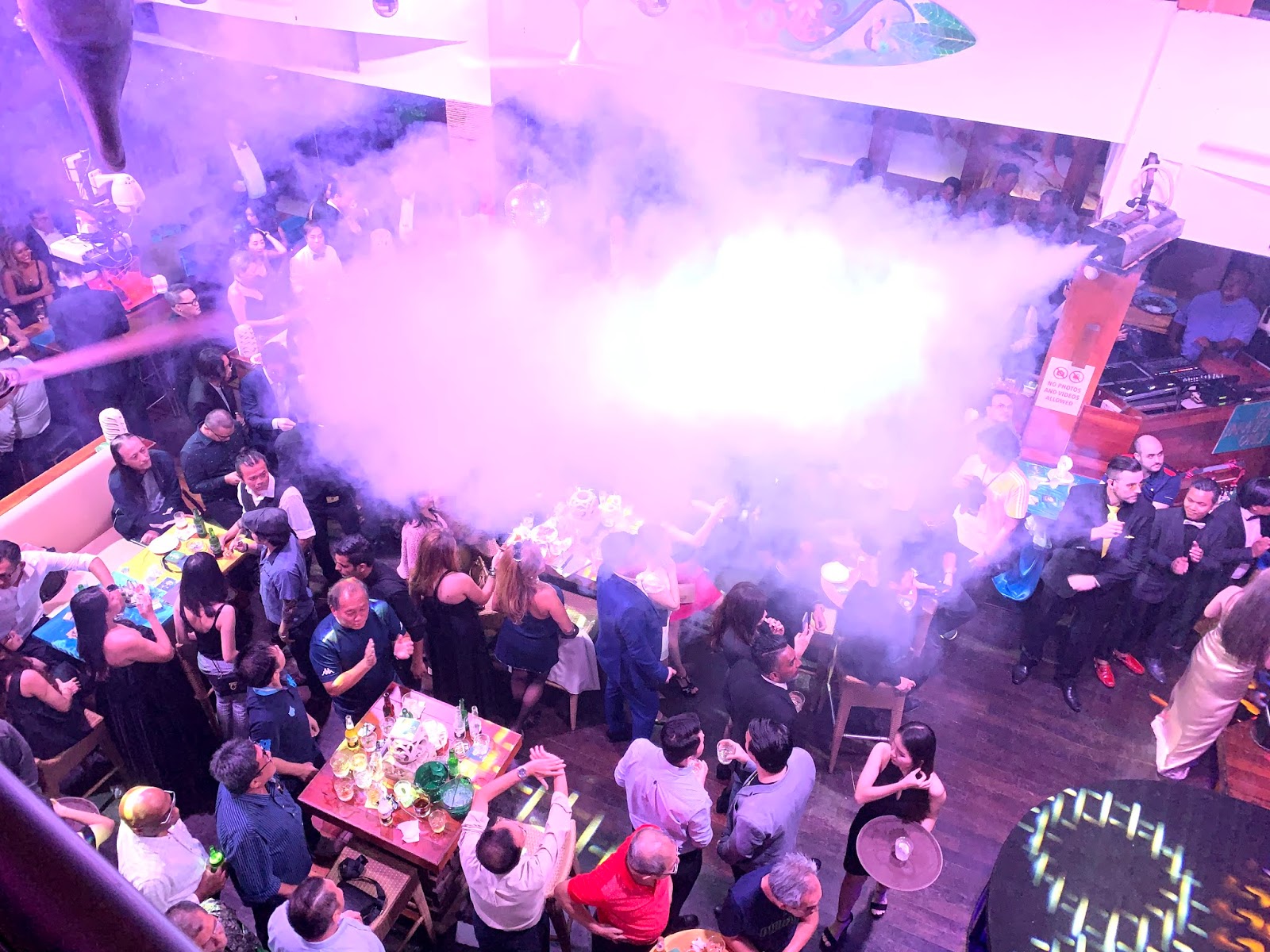 The twentieth anniversary celebration was also a commemoration of thanks to the club’s many business associates and most importantly its dedicated employees for the tremendous amount of trust, work and commitment they have exhibited since its inception in 1999 – helping everyone realize the success the Group has achiever over the last two decades. 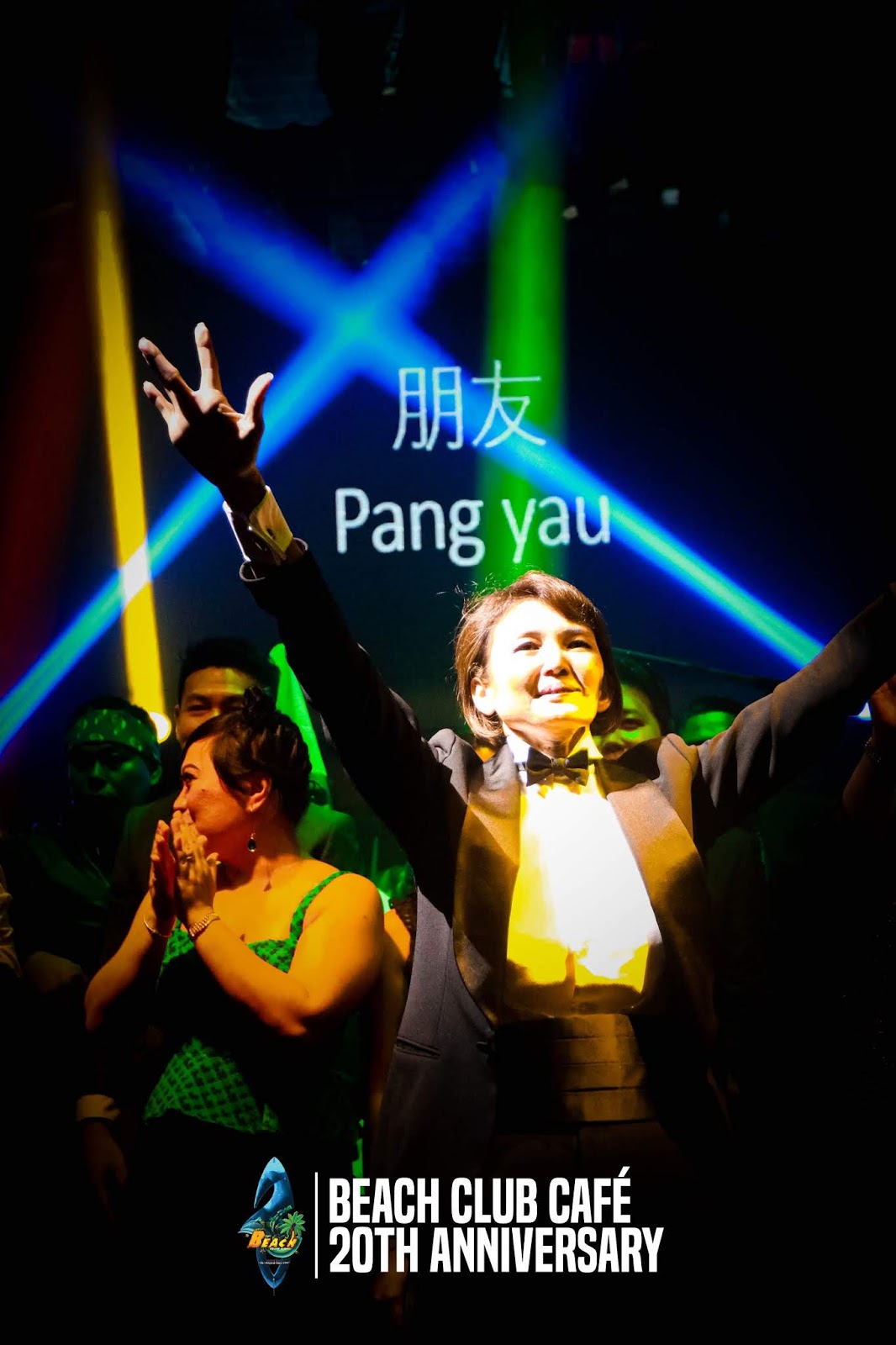 “Everyone who is present tonight and those whom have been our greatest supporters from Day 1 are the keys to where we are today”, said Managing Director, Datuk Judy Ng. Datuk Judy and her late significant other, Mr. Ronnie Choong Hock Phung, along with a few good friends, opened BCCKL two decades ago at its original location, opposite Emporium – a well- known nightclub in the 90s – at the corner of Jalan P. Ramlee and Jalan Sultan Ismail. After a successful 14-year run there, Beach Club was moved to its present location in hopes of rejuvenating the preceding land.
The MD’s penchant for reinvention and day-to day involvement are the keys to their longevity in a notoriously fickle industry. According to her, being present accounts for 90 percent of the Group’s success and that everyone in within the environment calibrate to keep the train on the tracks. “We continue to work on our brand as we’re constantly changing with the times. I don’t think there’s ever been a time when we just sat still”, she continued. 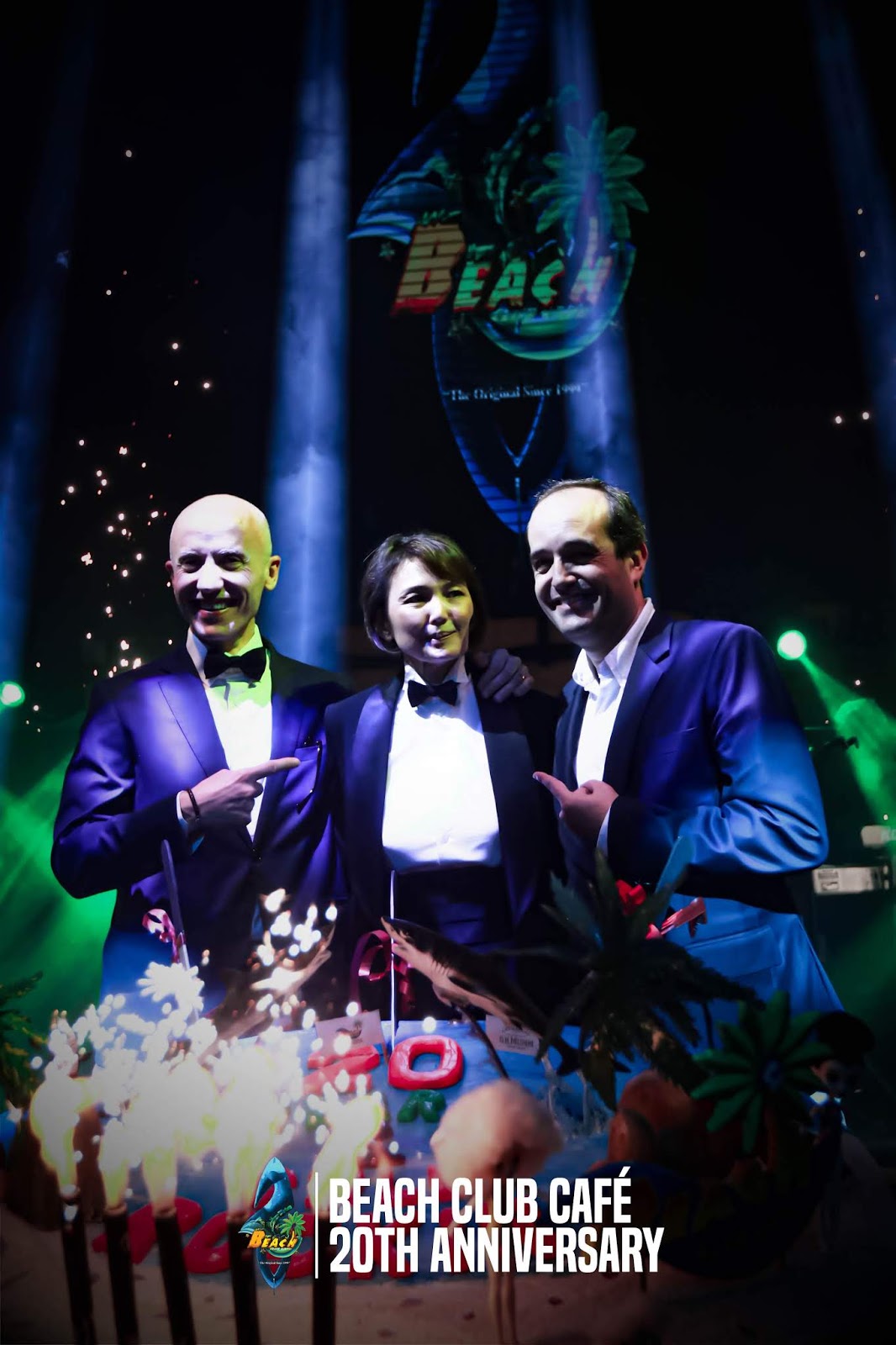 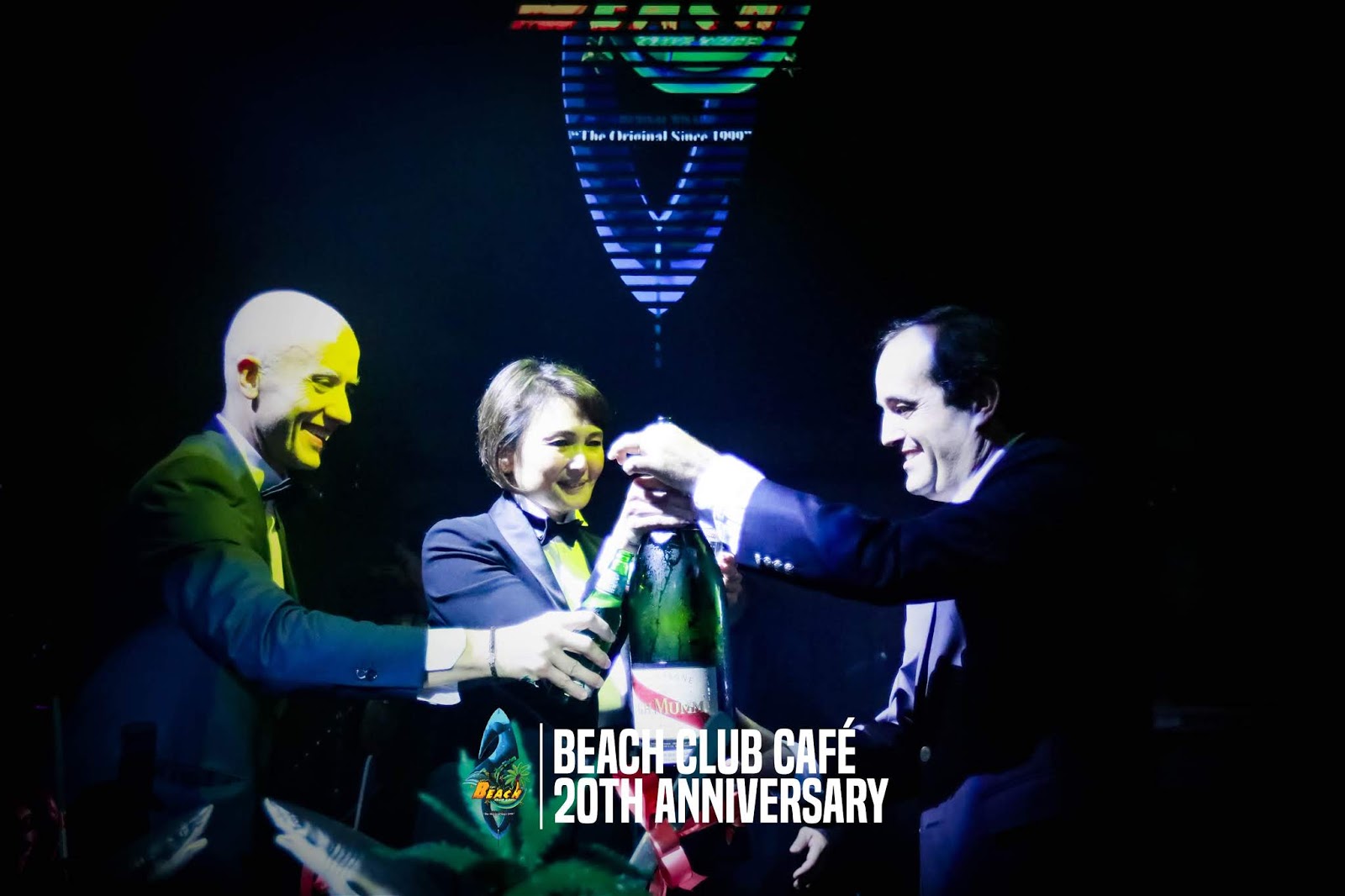 Though the tropical beach themed interior has remained unchanged, the club had undergone some exterior cosmetic uplift which include a water feature at the club’s entrance – significant feature that will sure call for attention of city dwellers. 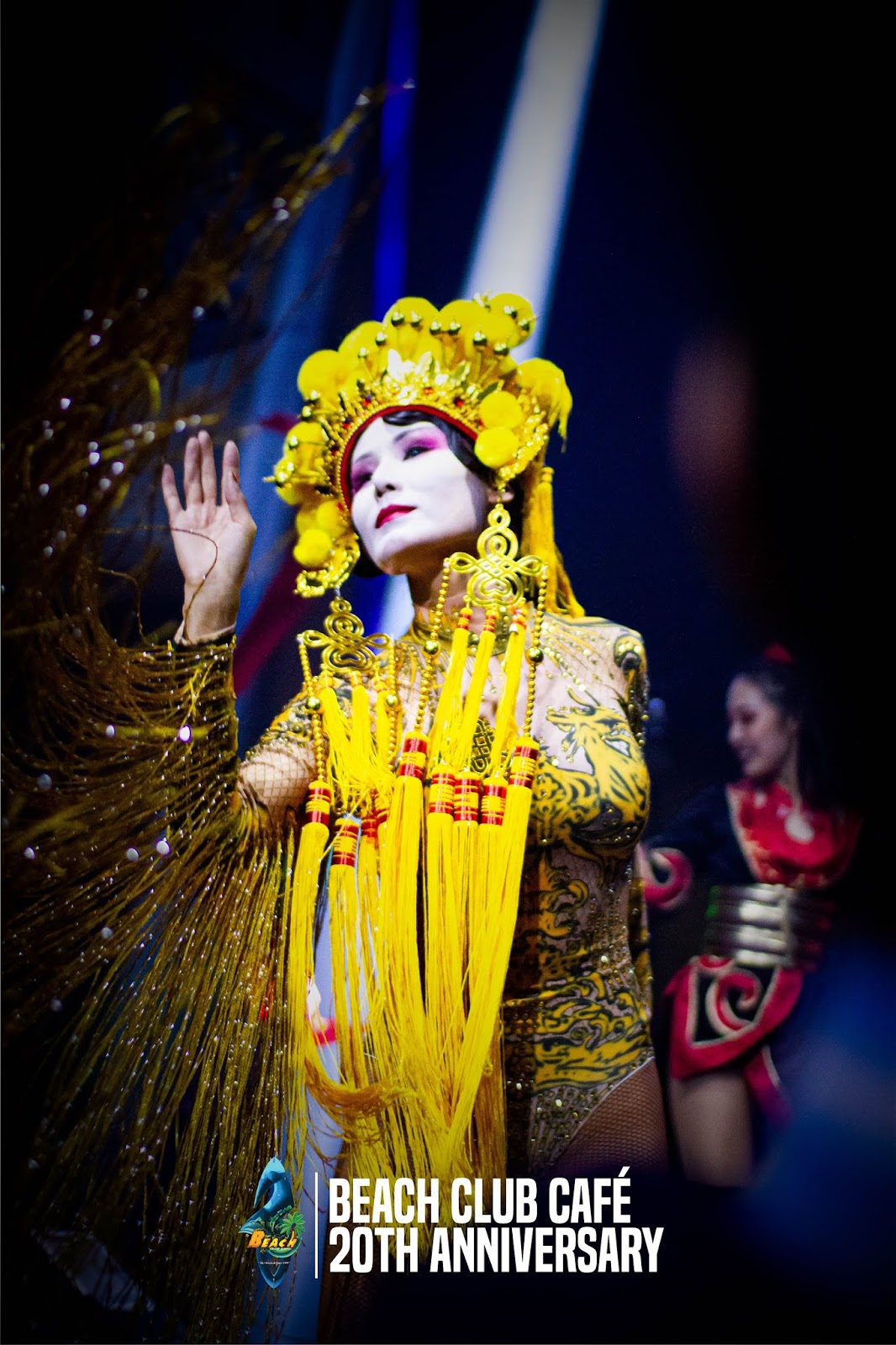 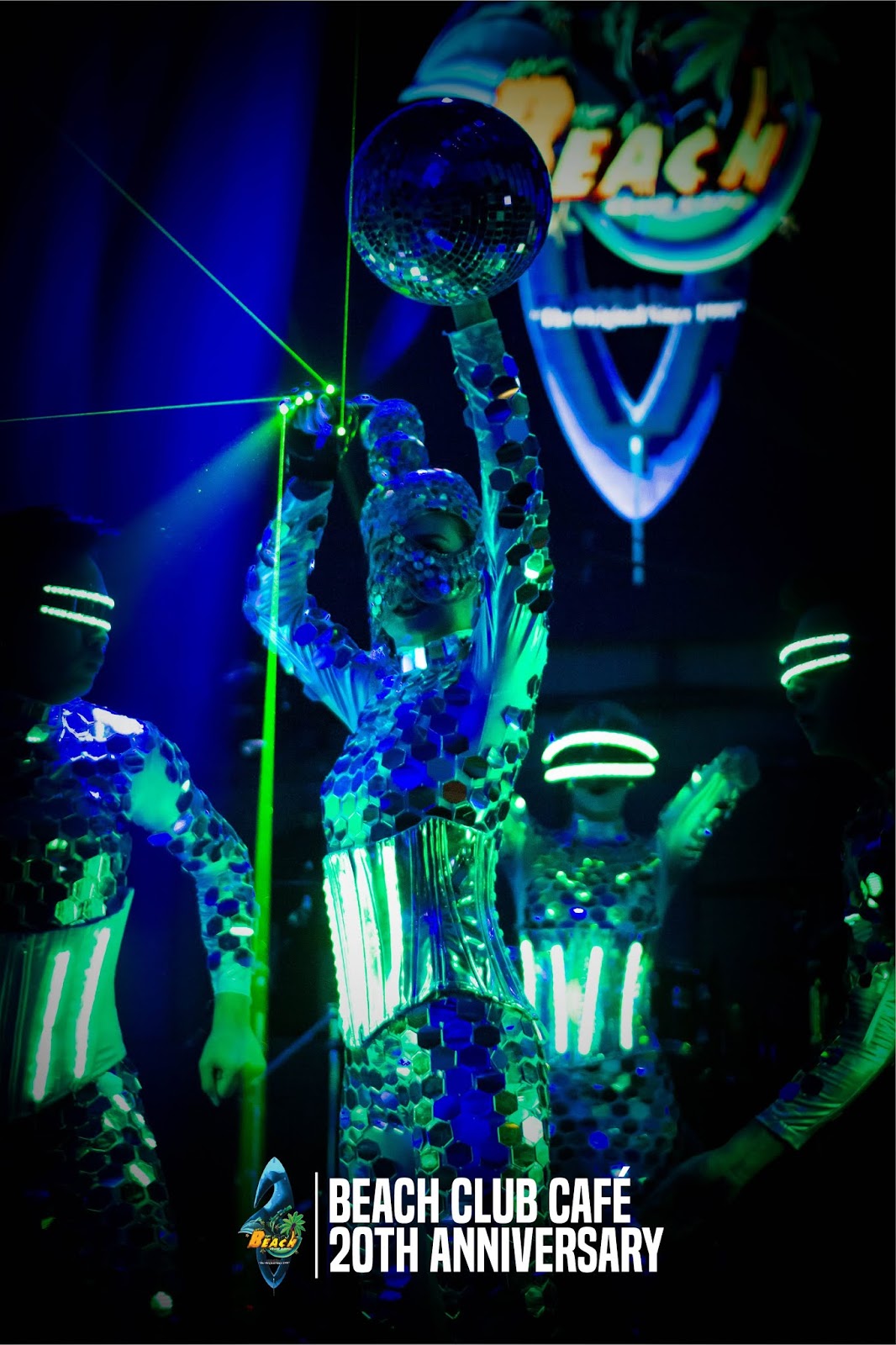 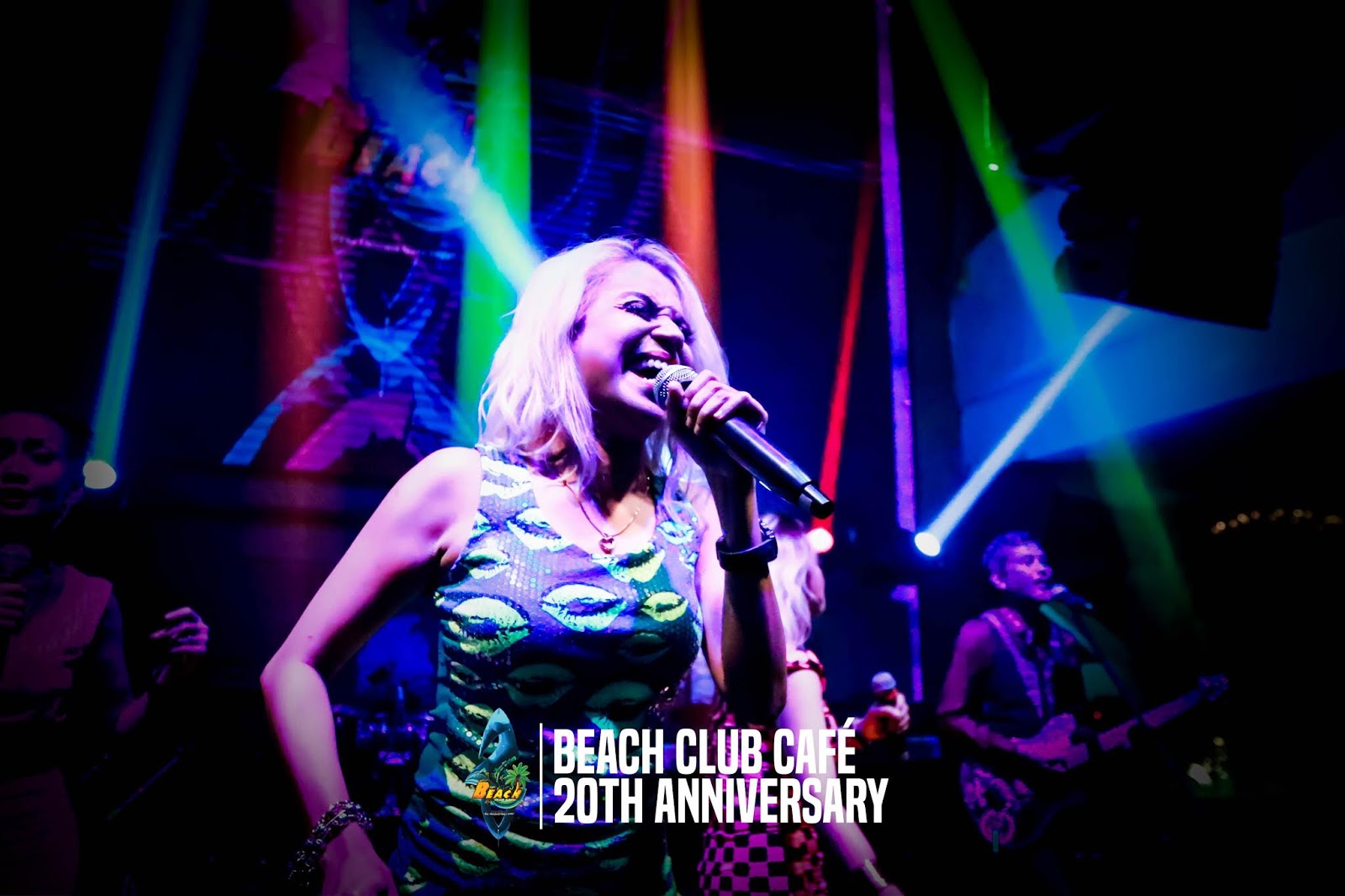 Live band by KL’s Trio Divas
Stefano Clini, Managing Director of Carlsberg Malaysia said “Carlsberg is very privileged to have such close working relationship with Beach Club Café KL. This long-standing relationship has played a leading role in Carlsberg’s success and its strategic locations helped promote our brands to both local and international tourists”. 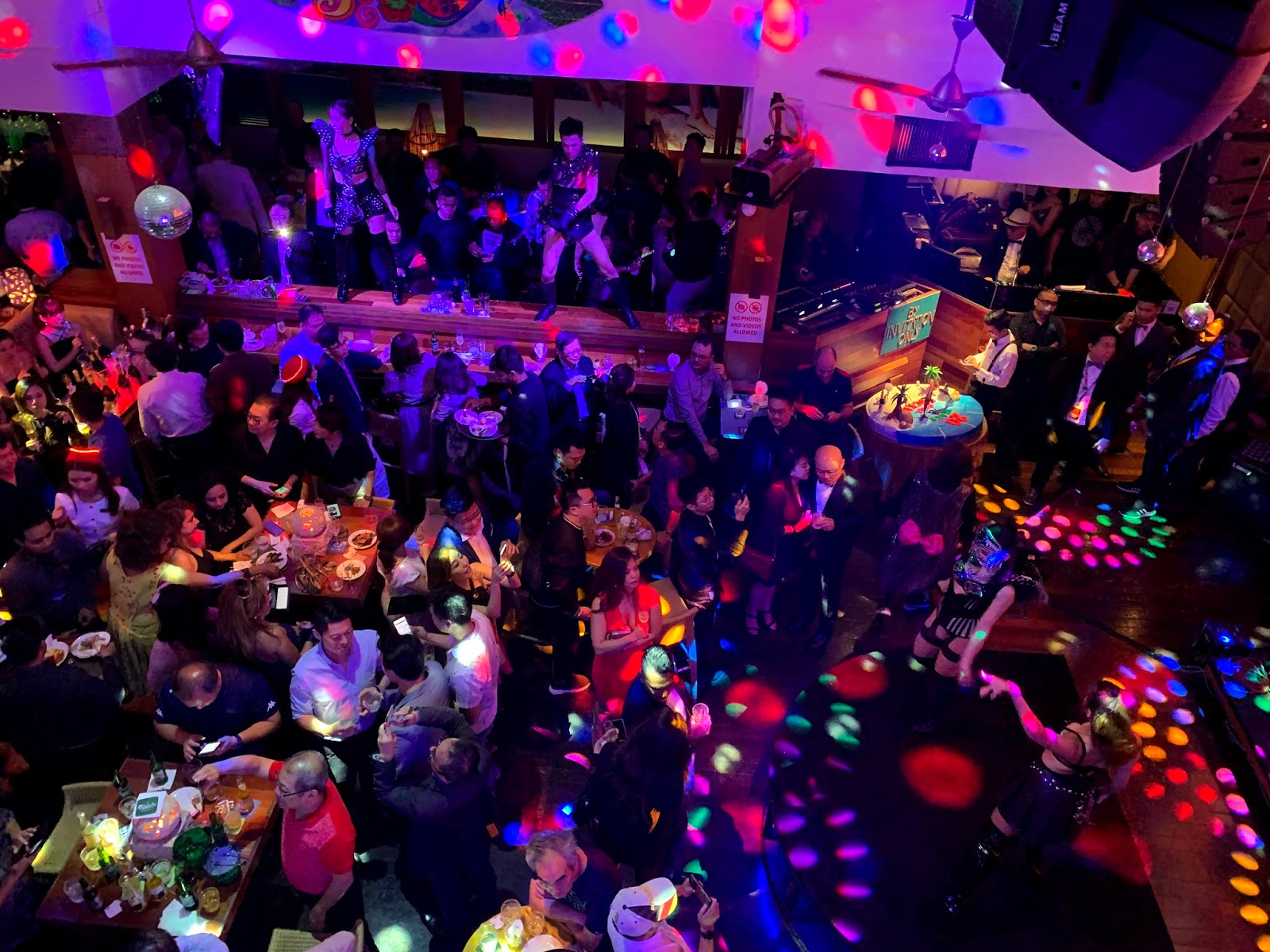 The venue gets its name from the architecture beauty of thatched roofing and wood flooring prominently laid out in its 11,000-square-foot, multi-level building — a classic beach themed concept its proprietors have embraced since day one. The MD shared that “A lot of people have been coming here for years for the experience and daily live entertainment. She also affirmed that “If you’ve not been to Beach Club, you’ve not been to KL”.
Opening Hours: 5pm – 3am (Daily)
Address: 924, Jalan P. Ramlee, 50250 Kuala Lumpur.
Contact Number: 03 – 2161 6666
Events